The Soul & Spirit of Aries
0 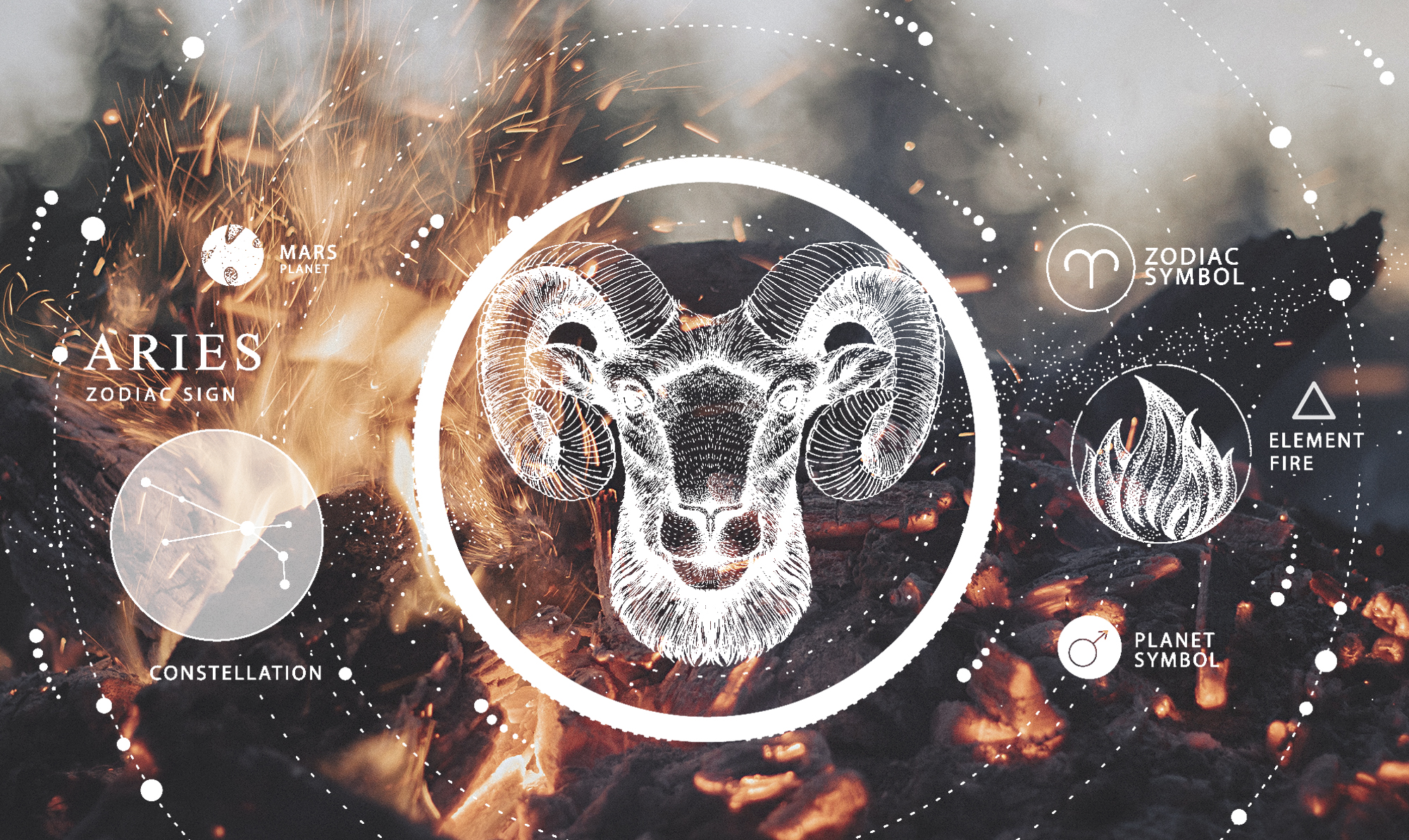 The Soul & Spirit of Aries

Aries is the first sign in the horoscope, and all those born between March 21 and April 20 are under the influence of this sign. The element of the ram is fire. At the same time, the symbol of the sign is a V with twisted heads, like ram's horns. The legend of the zodiac sign is based on the flying ram that had golden wool in Greek mythology.

The native of this sign is a brave person, who likes adventure and versatility. Most of the time, those born in the sign of Aries are positive, sociable and full of energy. These are the kind of people who, once they are interested in a project or a person, develop a passion for it and for everything they can to achieve the desired results. On the other hand, they may become arrogant and insensitive to the feelings of others. The most common negative traits of a ram are impulsiveness, stubbornness and impatience. These three are a mixture that is not exactly ideal when a decision needs to be made.

The Aries' symbol, represents a variety of different aspects of the sign. The image of the ram, Aries' ruling animal, is at the center of the emblem. The astrological symbol for Aries is a ram with horns. This symbol also reminds me of fallopian tubes, which are essential female reproductive organs.

The resemblance is neither coincidental nor improbable. Aries is a very imaginative sign. Their minds are frequently brimming with new ideas. These sun signs are known for giving birth to new life through adventure, imagination, travel, new work, and new experiences. As far as zodiac symbols go, the relation between the Aries glyph and a fertility symbol is a good one.

Another visual analogy is that of the moon. The moon phases - two half moons, to be precise - can be represented by the two arches of Aries' sign. The plunging straight line connecting these moon phases ties them together. This reflects a number of intriguing Aries characteristics. The polar half moons imply a dual existence, while the straight line denotes a deep desire to bring duplicity together.

Moons pass rapidly through their cycles, suggesting that Aries has a changeable personality....however, the long line between moon phases indicates a need for a solid path, a structured base, or a firm stance in the midst of change. Isn't it cool?

What better element than fire to reflect this sign of passion!? The Aries sun-sign personality, like the element itself, can be explosive. Meaning, under their calm exterior, Aries will erupt into a ball of fire the moment they come into contact with something that piques their interest.

Aries only needs a small amount of fuel to ignite into incredible artistic endeavors. It's important to keep in mind that fire (and fire signs) can't start a fire on their own. No way. To generate heat, fire requires allies, such as oxygen and fuel to burn. Aries is the same way. These signals are most effective when they can join forces with like-minded people and pleasant surroundings.

When they've gathered all of the requisite ingredients, be on the lookout! These fire starters have the ability to light up in spectacular ways.

Diamonds aren't just a girl's best friend; they're also Aries' best friends. Aries' assets can be enhanced by all diamonds, but white diamonds are the most powerful allies. A diamond's clarity aids Aries' frequently cluttered mind, enabling them to see straight through doubt or diversion.

The diamond, like many of Aries' zodiac symbols, is a metaphor. It's a super-hard substance, and some Aries are more on the outside than others. Aries (like their birthstone) exude brilliance, grace, and inspire reverence amid their hard exterior.

Another parallel between Aries and the gem can be established. Have you ever heard the word "diamond in the rough"? It refers to a freshly mined diamond in its natural state. A diamond might not get a second look if it isn't chiseled and polished. Aries, like all other signals, has shortcomings.

Aries are a magnificently remarkable gem as they use their talent, patience, and determination to make the world a better place for themselves and others. That's a hint to never pass judgment on an Aries hastily. Aries is a complex sign of several facets. Aries shines brightly in the world, whether they are rough around the edges or perfectly polished.