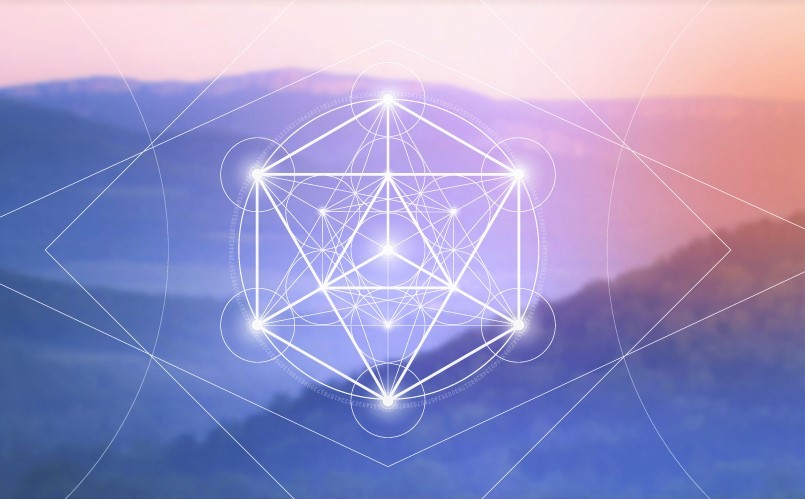 Earth created all physical bodies for living organic beings, including both plant and animal kingdoms. The earth was also the origin of all inorganic substances that comprise the mineral kingdom. Thus, all matter was born from the womb of the five elements.

The five basic elements exist in all matter. Water provides the classic example: the solid state of water, ice, is a manifestation of the Earth principle. The latent heat (Fire) liquefies the ice, revealing the Water principle. Eventually the water turns to steam, expressing the Air principle. Steam disappears into Ether or Space. So the five basic elements - Ether, Air, Fire, Water and Earth - are all present in one substance. All five came from the energy within the Cosmic Consciousness and all five are present in all matter in the universe. Therefore, energy and matter are one.

Man is a microcosm of the universe, and so the five basic elements present in all matter also exist in every individual.

In the human body, many spaces have the appearance of the element Ether or Space. The spaces in the mouth, nose, gastrointestinal tract, respiratory tract, abdomen, chest, capillaries and tissues are all examples of the Space.

Air is the element of movement. All movements involve Air as an element, because it moves everything by itself. Whenever there is movement, it means that the Air is present. The nature of the elements themselves determines the nature of physiology. Inside the human body, Air is present in the heartbeat and in the expansion and contraction of the lungs. Under the microscope, even a single cell can be seen moving. In response to a stimulus is also the movement of the impulses of the afferent and efferent nerves, which are respectively sensory and motor movements. The movements of the nervous system are also governed by the principle Air present in the body.

The third element is Fire. The source of Fire and light in the solar system is the sun. In the human body, the source of Fire is metabolism. Fire works in the digestive system as well as in the gray matter of the brain, where Fire manifests as intelligence. Fire also activates the retina to perceive light.

Therefore, body temperature, digestion, thought and vision processes are all functions of bodily Fire. All metabolic and enzymatic systems are controlled by this element.

Water, the fourth element, manifests itself in the body as a secretion of digestive juices, in the mucous membranes and in the plasma and cytoplasm. Water is vital for the functioning of all body systems. For example, dehydration resulting from diarrhea and vomiting should be treated immediately to protect the patient's life.

The earth, the fifth element, is also present in the microcosm of the human being. Life is possible on this planet because the Earth has all living and non-living substances on its solid surface. In the body, all solid structures are derived from the Earth.