Fire in Your Life
0 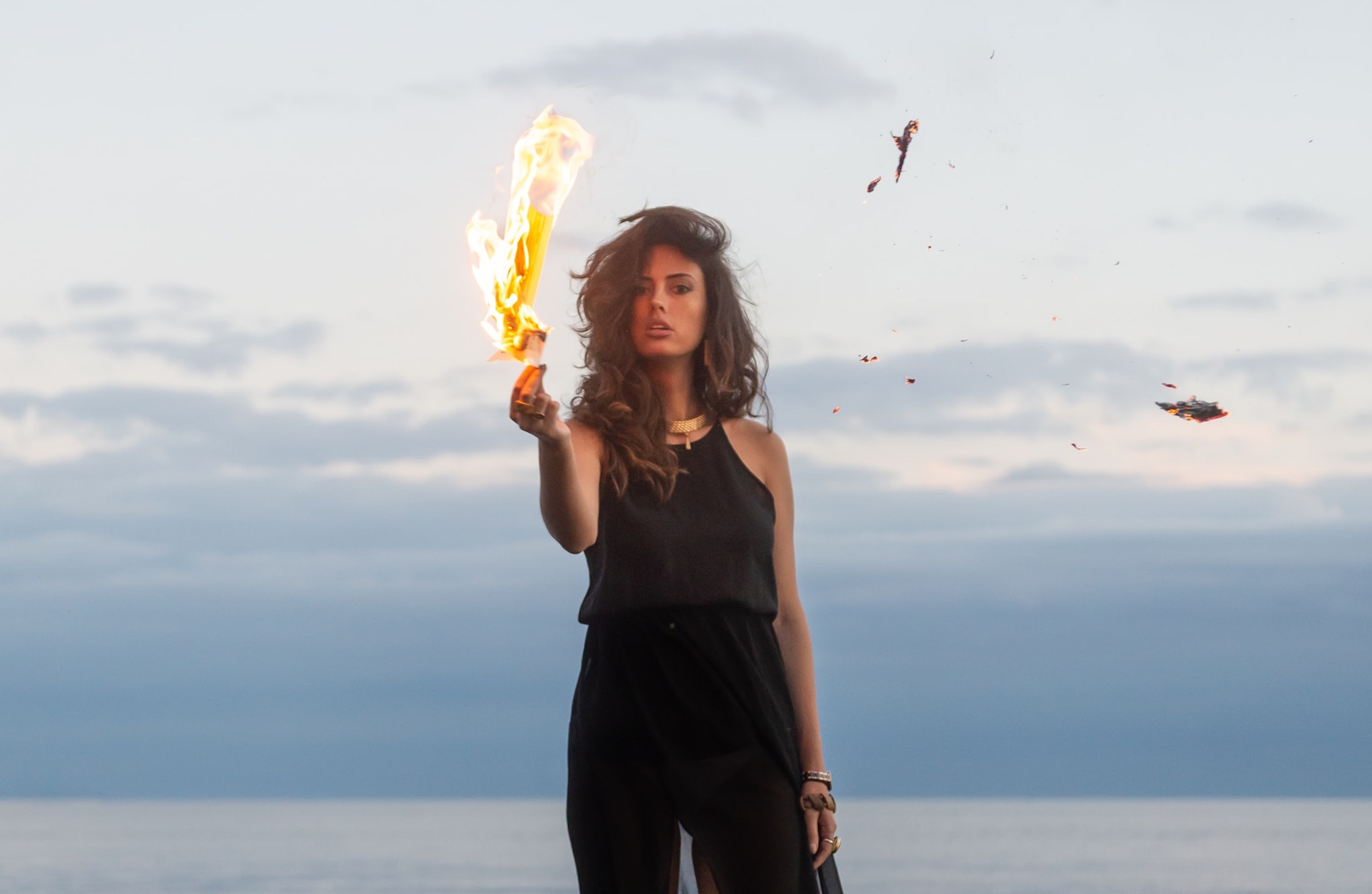 Fire in Your Life

The natal chart of each of us describes, among other things, the physical constitution, the strengths and weaknesses in terms of health. First of all, the astrologer identifies the constitutional type of the analyzed person, depending on the dominant element in the natal chart.

The elements are of four kinds: fire, earth, air and water. In order to establish the constitutional type, the Sun and the Ascendant are analyzed, identifying which type of elements they fall into.

Fire signs are Aries, Leo and Sagittarius: they have a lot of energy and vitality.

Throughout life we go through moments of excess or deficiency, and in those moments we need adjustments in diet and lifestyle improvement.

Fire controls internal combustion (internal fire) and digestion helping to efficiently assimilate food. Fire also helps purify the body by eliminating toxins, viruses, bacteria and fungi. Fire signs effectively fight any condition with the ability to recover quickly, even if the disease can occur suddenly. These signs tend to have a high temperature and go through a process of inflammation.

Excessive fire is manifested by hyper-activity, impatience, excitability, anger and can be manifested medically by hypertension, problems with the cardiovascular system, ulcers and / or inflammation. Balance can be restored in the body by eating cold, moist and concentrated foods, such as cereals and roots. You can also use herbal teas that help calm: chamomile, lemon or wolf tea and valerian tea. And until the balance is restored, it is necessary to avoid spicy foods and red meat.

Try to observe your body and identify the manifestations of excess or deficiency, no matter what kind of element it is. It is very possible that in reality there are also situations of mixed elements, a combination of elements, for example the Sun in Pisces and the Ascendant in Leo, which means a combination of water and fire. Try to eat fresh or well-preserved food. The more colorful the food on the plate, the more all four elements are involved, and the chance of balancing the body increases.

The Fire Element in Colors

In Feng Shui, the Fire Element represents warmth, intelligence, dynamism, magnetism, charisma, enthusiasm. According to the cycle of the five elements of Feng Shui, Fire is a powerful element, fed by Wood and destroyed by Water. It is associated with the summer season and vivid colors, such as red, orange or pink, which best express its character: vitality, joy, opulence.

Red is a Yang type color, stimulating, strong. It has a positive connotation, being a symbol of courage and success, but also of passion, fertility and happiness. In Chinese culture, red is associated with the wedding - tradition requires brides to dress in red, and red paper is often used to wrap gifts.

In general, red is used in spaces that can strengthen reputation and interpersonal relationships, such as the living room or office. Lately, red is more and more common in the kitchen, another space governed, par excellence, by the element Fire. Red can be found in other rooms, but being careful not to use it excessively. If the red seems too intense, you can alternate it with orange or pink.

Orange is considered a social color, because it favors communication in general and lively conversation. Especially in winter, orange reminds us of the light, joy and warmth of summer. Vibrant color, orange is an excellent choice for living or dining room. In some cases, orange is better to use only as an accent, or to paint a single wall of the room in orange. At sunset, the light in a room with orange accents turns golden, creating an extremely warm and pleasant ambiance.

Another characteristic color of the Fire element is pink. With fine and delicate vibrations, pink has demonstrated its calming effect on human behavior. Pink is even believed to have the power to soothe the soul and fill the heart with love. That is why, in Feng Shui, pink - present in furniture or accessories - is most commonly used in the southwest, the correspondence of love and marriage.

The shade of pink most often used in Feng Shui is pale pink, now in competition with hotter versions, such as magenta or fuchsia. Pink blends harmoniously with green, which strengthens Fire through Wood, thus amplifying the loving vibrations specific to pink.

Of the five elements, Fire is the most charged with Yang energy, being the only element that spreads in all directions. It radiates and emits heat, but, uncontrolled, it can cause disasters.

Too much Fire in a certain space can lead to imbalance, because the excess of vital energy Chi involves impatience, impulsivity and even aggression. Like the other elements, between which there must be a balance, Fire influences our mood.

Let's just think about the fact that when we wear a vivid, bright color, for example red, our mood changes, we become more optimistic, we simply feel better.

Psychologically, people born under the sign of the element Fire are said to be enthusiastic, with leadership skills, and are believed to be able to make important decisions, with a certain charisma that helps them captivate those around them.

By placing symbolic objects specific to the Fire element in the workspace, we can facilitate our path to success and fame.

A first step in integrating the Fire element at home or in the office is to let natural light enter the rooms. In interior design, the fireplace is the piece that best expresses the character of the element Fire. In the absence of a fireplace, candles and candles, tall vases or light fixtures in fire colors can also be used.

In general, the element Fire is found in any red object, whether we are talking about a desk lamp, a rug or a curtain. As materials, natural materials, such as silk, velvet or cotton, are preferred.

In Feng Shui, Fire is associated with the southern direction, which corresponds to the sphere of reputation and social recognition. At home or at the office, the area from the south should be bright, decorated with wooden objects and / or flowering plants in as vivid colors as possible, preferably red or orange.

The element of Fire can also be located in the southwest direction, which governs the sphere of marriage and marital happiness, or in the northeast, the direction that corresponds to study and learning. Instead, the positioning of the Fire element to the west and northwest is to be avoided, because these directions are governed by the Metal element, and according to the principles of interaction between the five elements, Fire melts the Metal.