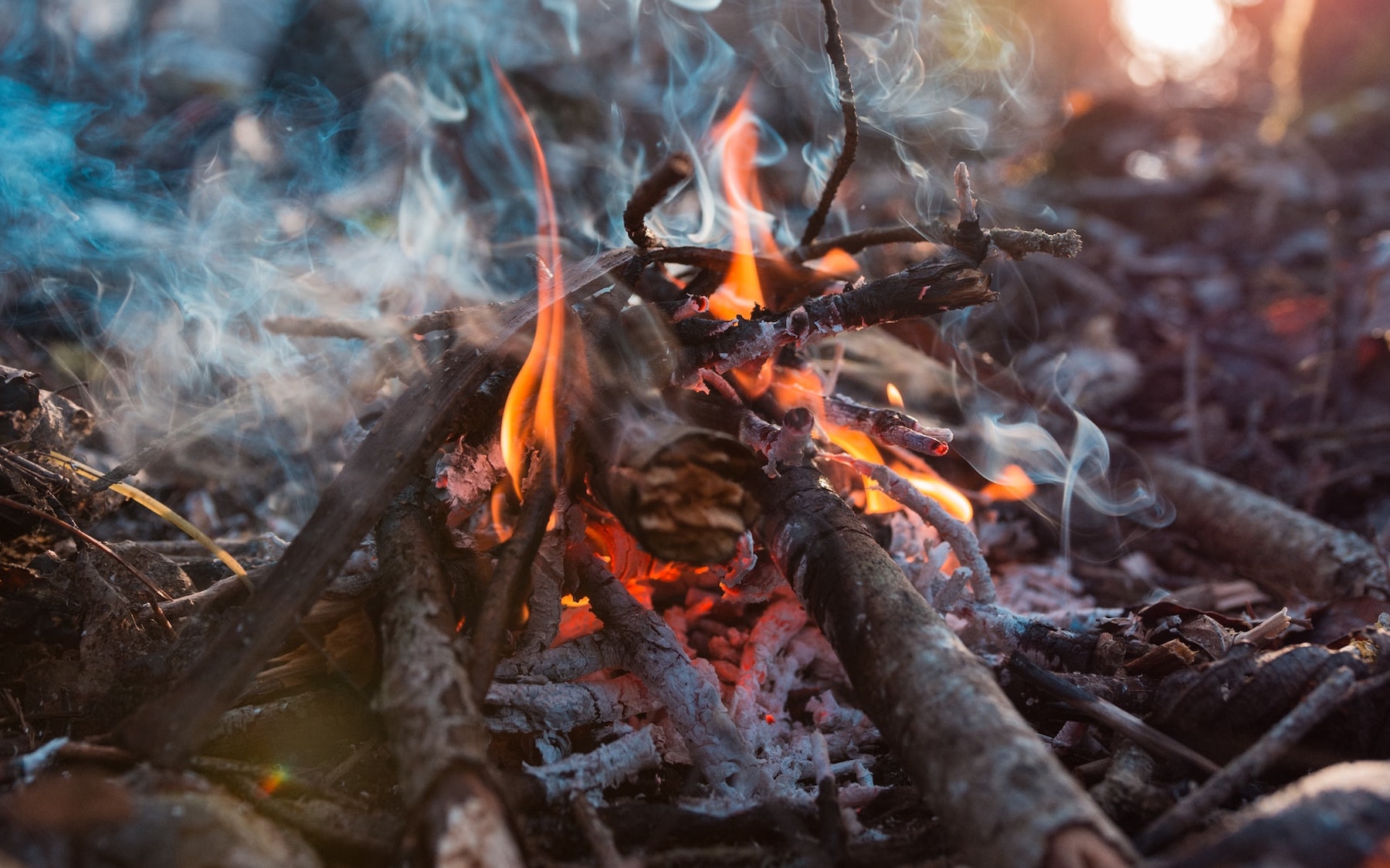 We don’t find the Fire Element in its natural state like the rest of the elements, it has been "given as a gift to mankind, by the gods". Therefore, what it can be said about Fire, is that it’s of Divine origin, like all the other Elements, but it’s directly from the Source. No wonder the Sun, the representative of the Divine Spark in us, governs the zodiac sign of Fire, Leo.

Fire is the element that always reminds us that everything that matters is HERE and NOW, through the very kind of manifestation. I mean the way it ignites, the way it burns and the way it goes out. He burns to the maximum and with passion, he enjoys, dances and warms up, without caring about the way he lit it and how long it will burn or how it will go out. He teaches us to live the present moment to the fullest, but he also teaches us that this moment will last (burn) as long as we maintain it with the dearest fuel of Fire: enthusiasm.

When fire meets fire, a wonderful thing happens, that they receive each other, without changing their volume or intensity, moreover, if one is about to go out, returning to the Source, he will get the same intensity, light and warmth.

When the fire meets the water, it gets upset, emits smoke to threaten… But, in fact, behind this mess is only the need to draw attention to it and the fact that it goes out. In reality, he does not go out, but is only temperate, because without water (emotions and feelings) he would only grow and devour everything in his path, forgetting that his mission is to sustain life, not to destroy it.

When fire meets the air, it actually meets its comrade who helps it mature, feeding it rationally. Thus, fire, with discernment, will know when it needs to intensify or weaken in intensity but also what needs to be purified or just heated to move or, rather, to act.

When the fire meets the earth, it feels fenced, held in place and then concentrates, its flame aiming upwards, towards higher ideals, turning into the purifying fire that will emit much stronger heat and light, but without harming.

Darkness means fear, but darkness is nothing but the lack of light. Once the fire is awakened in our being, it will bring us the most precious gifts which are the warmth of the heart, the courage and the light that awakens the consciousness.

Fire signs are the signs that act and fight! They are the most passionate, dynamic and ambitious signs. They have a volcanic temperament, they can achieve all their dreams in life, if they focus their energy on the right paths, or they can lose everything, if they do not appreciate the chances they receive.

What is the primary element of Fire in the zodiac

Not coincidentally, the first sign, which heralds spring and the beginning of a new life cycle, is a sign of Fire. Next to Aries, in the triad of Fire, are Leo and Sagittarius. The element that characterizes them is a revolutionary spirit, a great self-confidence, enthusiasm and overflowing sincerity. Fire signs are action signs, impetuous, dynamic, impulsive. They spread energy and need freedom to act. They dedicate their body and soul to the plans they pursue and many of the natives reach leadership positions.

The element of Fire is also a grace and a great burden for the three signs: Aries, Leo and Sagittarius. They have a lot to gain because of it, because Fire gives them a lot of courage, boldness, inner strength, confidence, ambition and determination. Due to him, the signs of Fire are considered among the luckiest and few natives with a sign of Fire can complain of bad luck.

But the Fire element also has a less desirable influence. He represents defects that many Fire natives would like to hide: selfishness, nervousness, anger, impatience, greed, infatuation, possessiveness, impulsivity, tendency to control and domination. Because of these traits that will manifest in all Fire signs at some point, their natives will have something to lose in life.